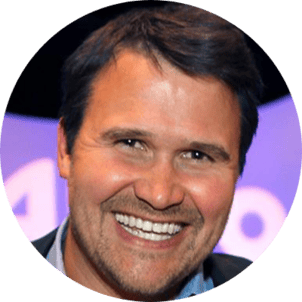 Raised by two lawyer parents, each of whom had one sibling both of whom were lawyers, I joke that you weren’t a viable fetus in the Lear family until you had your law degree. It was pretty much inescapable that I’d become a lawyer. But for a bunch of reasons, probably better discussed in therapy, I knew almost from my first day in law school that I wasn’t interested in doing the “traditional thing” in law. Nevertheless, I ended up working as a technology attorney for a few years while I was trying to figure out what to “do with my life.” Shortly after I created a Twitter account and started engaging folks there in 2013, I stumbled upon the Twitter feed of the in-progress ReInvent Law Silicon Valley event and my career was forever changed.

I’ve been on a mission to digitize the legal sector ever since. Most recently I was doing independent consulting for startups in the legal technology space and before that I did outreach and evangelism at the venture-backed online legal marketplace Avvo. At Gravity Legal we’re bringing the fintech revolution to legal. And I’m stoked to be a part of it.

When I’m not working with Gravity Legal I’m chasing three boys around various soccer fields in greater Puget Sound and forcing myself through modest home improvement projects suggested by my wife. (I am not handy.) I also subject them to my musical tastes, which run right up the middle of jangly, alternative indie-pop rock from the 80s to today e.g. R.E.M., The Smiths, Guided By Voices, The Long Winters, and Vampire Weekend. Oh, the answer to Beatles vs. Stones is Beatles. Always.